Read the information and guess the name of the cartoon. 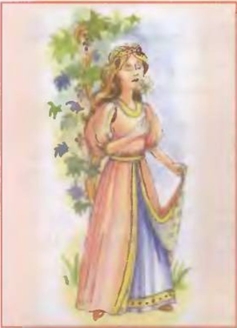 This is one of the most famous animated
films from the beginning of this century.
It was produced in 2001 but is like all old
fairy tales: princesses kept in towers and guarded
by dragons, knights who rescue princesses, cruel
rulers (правители), talking animals and so on.
It’s actually more of a fairy tale parody in which
characters from many tales are mixed up together,
the princess is not as beautiful as she is supposed
to be and the “knight” is an ugly, green ogre who
hasn’t got the slightest idea of how to behave with
a princess.
The cartoon is full of irony: the talking donkey
cracks jokes, well-known characters like Robin Hood and others act
in absolutely unexpected ways, and the knight himself rescues the
princess, not because he is head over heels in love with her, but only
because it’s a part of his agreement with the ruler of the country. The
heartless ruler had, in fact, made all fairy tales characters leave the
city and settle in the woods where the ogre lived. So he was ready
to do anything to bring them back to the city in order to have peace
in his home.
In a new way, the cartoon still proves
the traditional fairy tale values: the cruel
ruler of the country is punished and the
princess prefers the ogre for his heart
and kindness and wants to share his
fate. No doubt that the voices of several
famous actors added to the popularity
of the animated film: the ogre has Mike
Myers’ voice, the princess has Cameron
Diaz’s voice, and one will easily recognise
Eddie Murphy as soon as the talking
donkey opens his mouth.

Work in pairs. Ask your partner questions to find out what his / her best
mate is like.

Work in groups of 3 or 4. Read one of the texts and discuss the questions after it.
Say what kind of a person Sally, Sharon, Rick, ( END_OF_DOCUMENT_TOKEN_TO_BE_REPLACED )