Report the exchanges, as in the example. 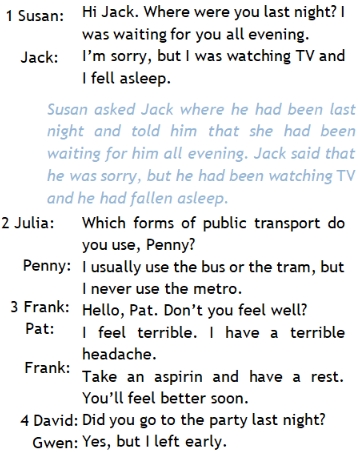 Перескажите реплики в косвенной речи.
2. Julia asked Penny which forms of public transport she used.  Penny  told  her  that  she  usually  used the bus or the tram, but she never used the metro.
3. Frank asked Pat if she felt well. Pat said that she felt terrible. She had a terrible headache.
4. David asked Gwen if she went to the party last night. Gwen told that she had been there, but she had     left the party early.