The following messages were left on Angela and Bill's answer machine. Imagine you are Angela. Your brother Bill has just got home. Report the messages to him. 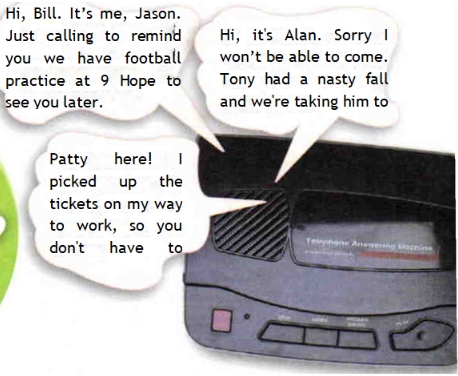