a)  Listen to the extract. Who is narrating the story?
b)  Read the text and mark the statements (1-8) as T (true), F (false), or DS (doesn’t say). Which words/phrases helped you decide?
1    John bullied Jane occasionally.
2    Mrs Reed chose to ignore John’s bad treatment of Jane.
3    John usually bullied Jane when Mrs Reed wasn’t looking.
4    John was angry because Jane had a book that he wanted to read.
5    The book that John threw at Jane hit her on the head.
6    Jane compares John to a Roman emperor.
7    Mrs Reed came into the room after she heard John’s shouts.
8   Jane was blamed for the incident 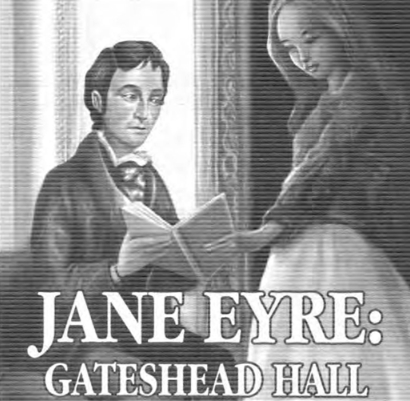 J ohn had not much affection for his mother and sisters,
and a strong dislike for me. He bullied and punished me; not two or three times in the week, nor on
ce or twice in the day, but continually: every nerve I had feared him, and every morsel1 of flesh in my bones shrank when he came near. There were moments when I was bewildered by the terror he made me feel, because I was helpless to do anything about his threats or his inflictions; the servants did not like to offend their young master by taking my side against him, and Mrs Reed was blind and deaf on the subject: she never saw him strike or heard him abuse me, though he did both now and then in her very presence, more frequently, however, behind her back.

a) Read the text “Continents and Countries” to get some new information about the world around us. Say what the smallest country in the ( END_OF_DOCUMENT_TOKEN_TO_BE_REPLACED )

Think of ten new words/ expressions you have learnt during this lesson. Make sentences using them.

a)   Fill in the relative pronouns/adverbs,
adding commas where necessary. Which
clauses are defining, non-defining? In ( END_OF_DOCUMENT_TOKEN_TO_BE_REPLACED )

Say you are fond of both things.

Example: I am fond of both fruit and vegetables. ( END_OF_DOCUMENT_TOKEN_TO_BE_REPLACED )