Read the answers to the following questions from the text.

1.      The queen is the head of the state.
2.       The queen doesn’t rule the country.
3.      She travels about the United Kingdom and meet people.
4.      The Royal family consists of the Queen and her husband, her son Prince Charles, Princes Anna and Princess Margaret.
5.      At the beginning of the century India, Pakistan, Ceylon were included in the British Empire.
6.      In 1949 Britain and the former colonies founded the Commonwealth.
7.      The real power in Britain belongs to the British Parliament and to the British Government.
8.      The British Parliament consists of the House of Lords and the House of Commons.
9.      The House of Lords is very important because it can offer and change laws.
10.    The British elect the House of Commons every five years. 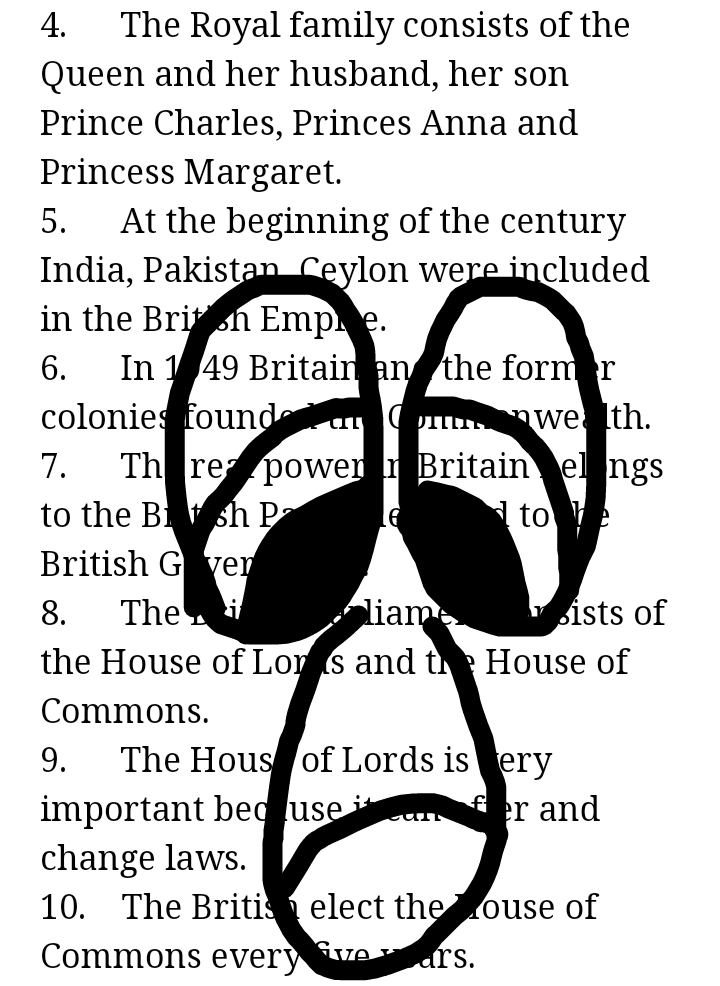 Work in pairs. Look at the pictures and read the names of the
flowers for each month.
( END_OF_DOCUMENT_TOKEN_TO_BE_REPLACED )

What do you know about Lake Baikal? Why is its water dangerous
for fish and even people now?

Express the following in English.