Denis is a talented hoy. Look at the picture where he has drawn his life. Complete
the sentences about him, using the verbs in the right forms. See Ex. 13, pages 12-13. 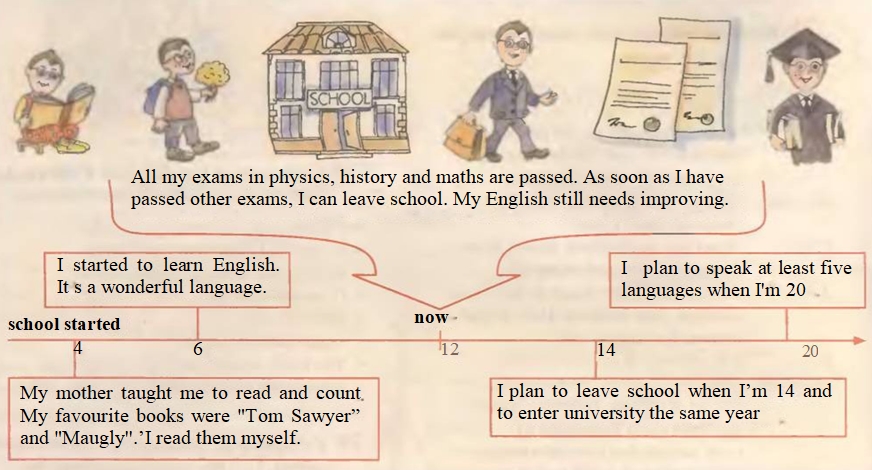 a) Read the sentences. What does drive mean?
I admire her drive and enthusiasm. Let’s go for a drive in the country, b) Read the ( END_OF_DOCUMENT_TOKEN_TO_BE_REPLACED )